The ‘ReNew Awards’ were held on April 7, 2018 (World Health Day) at the Sir H. N. Reliance Foundation Hospital convention centre. As the name implies, the awards celebrated a new lease of life, for our patients, suffering chronic ailments, especially neurological, cardiac and cancer-related. In addition, sports persons and children (from the age of a few months onwards) were also awarded.

There were 12 categories under which they were nominated, and in Oscar format, each award category had 6 nominees, from which one winner was selected. Categories included families for the support they offered their loved ones through their illness. There were over 80 nominees, each of whom were called on stage and handed a certificate, by a senior doctor or team member of the hospital, and in addition, the winners received a trophy and gave an acceptance speech. Overall, approximately 250 patients and their family members attended the function, which was followed by lunch.

It was an emotional experience, not only for patients and their family members, but for everyone present, including senior doctors who were palpably moved by the occasion. The feedback from the patients and their families was overwhelmingly positive, as it provided a huge morale booster to the patients. As an example- one of the winners-a recurrent cancer survivor, with a heart ailment- had a surprise party thrown for her the next day by her family for receiving the ‘award’, which was attended by over a 100 people, including all the doctors who had treated her, past and present.

The event was covered by both the electronic and print media, a complete list of which is attached separately. 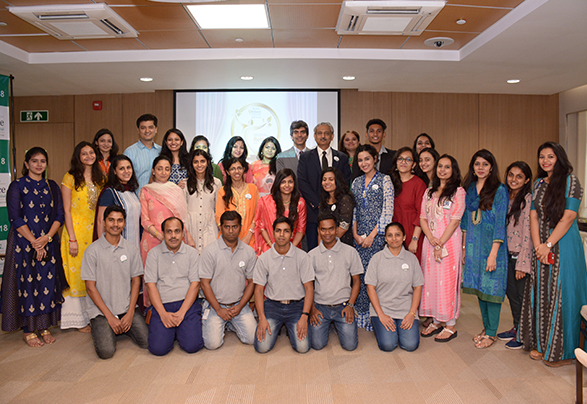