Five months after the detection of oesophageal duplication cyst in the food pipe, 42-year-old Bandra resident underwent a robotic surgery to remove the 10-centimetre cyst.

Farooque Kazi has been suffering due to duplication cyst since December last year. While he was told to undergo open chest surgery by few specialists, he searched for an alternate surgery option.

With the help of robotic surgery, an oesophageal duplication cyst of 10x10 cm was removed from his food pipe on May 19. While a cyst usually develops during the childhood and has an average size of 3-5 cm, it was surprisingly found inside an adult body with an abnormal size.

"I met a few chest specialists but everybody gave me open chest operation option. After few months, one of the doctor referred me to Dr Mehta. Although the robotic surgery costs more than the open chest surgery, I wanted to undergo a surgery which is less painful," said Kazi.

According to the doctor, the patient wanted minimal cut in his body and they suggested a robotic surgery accordingly.

Dr Marzi Mehta, a consultant surgical oncologist at Sir HN Reliance Foundation Hospital, who operated Kazi, said, "Usually, the average size of these cysts are three to five cms in diameter. Most of the times, the cyst is resected with the conventional open surgery (Thoracotomy). This case is rare because of the size of the oesophageal duplication cyst. Also, it is rare to find it in adulthood. The cyst was resected with the robotic technique rather than the open surgery."

He added, "He was distressed with a severe cough due to the oesophageal duplication cyst. He is now good health and has recovered. There are no particular precautions which he needs to take." 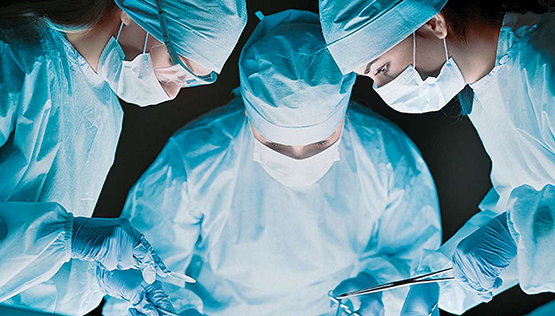