Mumbai, 23rd May 2017: Sanket More, a six-year-old boy hailing from a farmer’s family in Aurangabad, was referred to Sir H. N. Reliance Foundation Hospital and Research Centre. The child was diagnosed with a complex heart defect, wherein all the heart chambers and arteries were interchanged. There was a large hole in the heart, and the artery to the lungs was narrow, resulting in extremely poor supply of impure blood to the lungs for purification. To make matters worse, the heart was located in the right side of the chest instead of left, and the coronary arterial courses were too crowded for an area to be chosen to connect the heart and lungs with the interposition conduits.

After an initial clinical evaluation, the child underwent a detailed echocardiography to confirm the findings, as well as to chart the surgical path for correction. There were three choices for the team of attending doctors led by Dr. Shivaprakash, Head of Paediatric Cardiac Sciences:

In addition, the chance of producing a heart block – a problem where one needs to insert a pacemaker to correct the heart rate – is high due to the inherent nature of the problem. In Sanket’s case, a surgeon would have had to be extremely careful while trying to plug the hole in his heart, so as to not trigger the above problem.

After much deliberation, the team comprising a cardiologist, cardiac surgeon, anaesthetist and an intensivist decided to undertake the complex repair. It was also decided to work up the patient so that a Plan B could be implemented if Plan A fails.

A cardiac catheterisation test was performed to assess the pressures in the lung arteries, and to be ready for a second surgery if the need be. The surgical team discussed and planned all the steps of the complex repair – right from opening the chest till closing it.

Things went like clock-work in the operation theatre. It helped in reducing the operation time, as well as the time required to use the bypass machine while the heart was being repaired. The overall reduction in time meant less injury to the lungs and the heart. As a result of this meticulous planning and execution, the child could be taken off the ventilator the very next day after the surgery. His blood pressure medication too ran for a short while. The child is now taking food orally, and has been mobilised in the ICU.

The successful surgery demonstrates Sir H. N. Reliance Foundation Hospital’s zeal to succeed and push the frontiers of science for the benefit of humanity. To the team of doctors, it was an inspiration to continue breaking the status quo.

Children coming to Sir H. N. Reliance Foundation Hospital for treatment are guaranteed of one thing – quality will never be compromised. They will get the best available therapeutic options, and not just the ease of procedure or the immediate safety of the procedure. 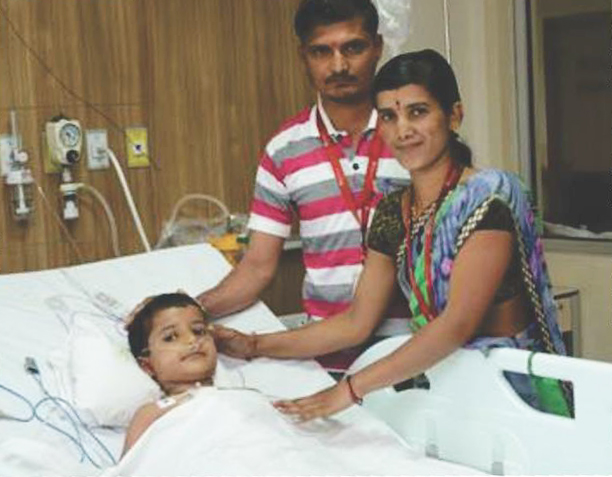